Abdul and his daughter 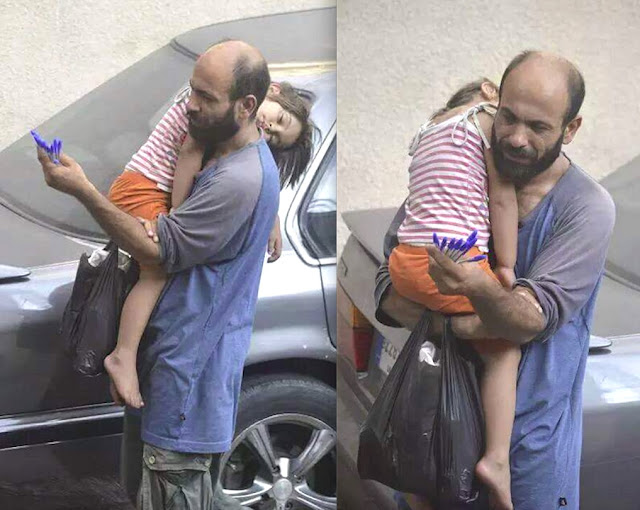 The photos above were posted on Twitter by Gissur Simonarson. They depict Abdul, a single father with two children, and his daughter Reem, who is four.  They are Palestinian Syrians from the Yarmouk refugee camp in Damascus.  He is selling pens in an effort to support his family.

The photographer was swamped with offers to help the family, so he set up an Indiegogo account for them, which has now raised over $100,000 in 2 days.

Discussed at the Uplifting News subreddit.