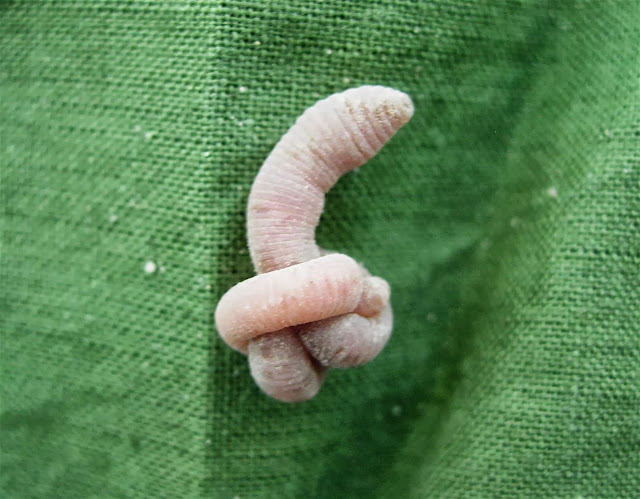 I've blogged before about the dangers earthworms pose to forest ecosystems.  The topic was discussed this past week in a feature article ("Saving the Great North Woods") in the StarTribune.  Most of the article centered on the effects of a warming climate on the health and variety of trees in the forests (especially in the Boundary Waters Canoe Area - BWCA), but these comments are worthy of note:


These invasive creatures, spread mostly by anglers dumping their bait, have taken up residence in about half of the million-acre wilderness, by one estimate. And they are re-engineering the forest floor as they go.

At dusk Chaffin provided a tour of a colony of night crawlers — the most damaging of the worms — residing beneath a massive basswood tree behind his campsite. Each year, the worms can eat a season’s worth of basswood leaves, depriving the forest floor of “duff,’’ the carpetlike layer of decaying matter that is a critical component of northern American forests.

“It’s like a buffet line” for worms, said Chaffin, marveling at their ingenuity. But in the process, he added, they “are fundamentally changing the foundation of the forest.”

Photo by me years ago - I encountered this little fellow while digging in the sandy soil of northern Minnesota. He was unhappy about being exposed, and curled into this defensive - or threatening? - posture.