A bleak future for the wife of a rapist 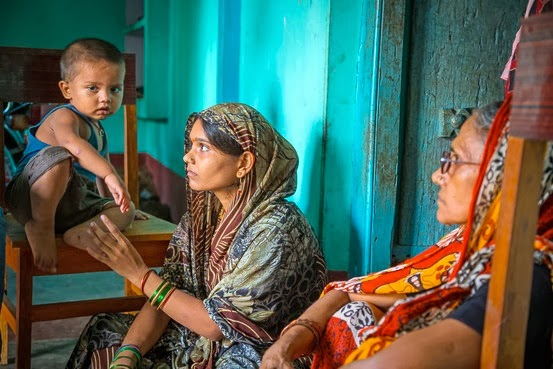 Excerpts from a grim story in the Wall Street Journal:


Akshay Kumar Singh and three other men were convicted this month of a crime that focused the world's attention on violence against women in India: the gang rape and killing of a 23-year-old physiotherapy student on a bus in December.

For the parents of the woman who died, the sentencing brought a measure of closure. For Ms. Devi, who is in her 20s, and her 2-year-old son, her husband's crime and punishment have opened up a chapter of profound uncertainty.

Ms. Devi expects to be cast out by her in-laws and face ostracism and destitution here in India's conservative hinterland—not because she is married to a convicted murderer, but because she is a woman without a husband. "As a widow, my honor will be lost forever," she says.

Her husband's relatives say they can't afford to feed her. Her parents say they are too poor to take her back. The customs of purdah practiced in the region make it almost impossible for her to work outside the home.

"I am not educated. Our traditions are such that I cannot even step out of the house," Ms. Devi said. "Who will earn money to feed me and my son?"...

Ms. Devi says she can write her name and a few Hindi words, and read a bit. She knew from an early age, she says, what was expected of a woman: to raise children and take care of household tasks...

Since Mr. Singh's December arrest, his family has been thrown into upheaval. His brothers, Vinay and Abhay, who had also been working around Delhi, left their jobs for three months to help out at home, straining household finances. The family's reputation has been damaged.

"They treat us as untouchables," says Abhay Singh, who works in a paint factory in a Delhi suburb...

Ms. Devi doesn't know where to turn. "Is there anyone who is thinking of me?" she asked, crying after learning of the death sentence. "I am alive and I have a small child who is still breathing."