This is NOT the skull of an extraterrestrial alien - updated 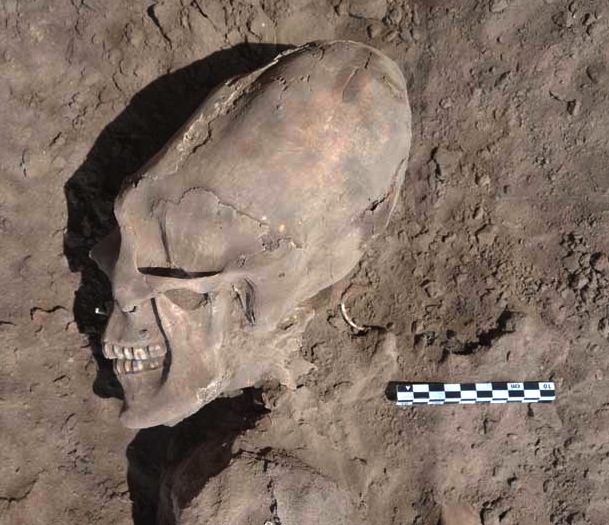 An archaeological discovery of 13 Conehead-shaped skulls in Mexico has people recalling the famed Saturday Night Live sketch. The bones, which are about 1,000 years old, dating back to 945 A.D. to 1308 A.D., were discovered accidentally during a dig for an irrigation system in the northwest state of Sonora in Mexico. While it’s not unheard of for archaeological sites to be unearthed during modern excavations, the misshapen skulls discovered on the site are fairly uncommon, especially as far north as Sonora. “This was a Hispanic cemetery with 25 skulls, and 13 of them have deformed heads,” Cristina Garcia Moreno, who worked on the project with Arizona State University, told ABC News. “We don’t know why this population specifically deformed their heads.”

Some news videos of the discovery have described the procedure of cranial deformation as a "rite of passage into adulthood," but clearly deformation to this degree has to be undertaken on a pliable skull of an infant. 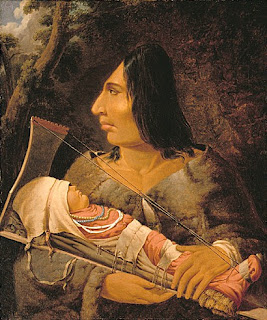 There's more information at the Artificial Cranial Deformation page at Wikipedia, where I found the image at right ("Painting by Paul Kane, showing a Chinookan child in the process of having its head flattened, and an adult after the process") and these notes:


Early examples of intentional human cranial deformation predate written history and date back to 45,000 BC in Neanderthal skulls, and to the Proto-Neolithic Homo sapiens component (12th millennium BCE) from Shanidar Cave in Iraq.  It occurred among Neolithic peoples in SW Asia.  The earliest written record of cranial deformation dates to 400 BC in Hippocrates' description of the Macrocephali or Long-heads, who were named for their practice of cranial modification.

Reposted from 2012 to add information from a new BBC article about cranial modification in Australia:


...they owe their strange appearance not to the blind hand of evolution but to the guiding hand of humanity. Australia's ancient inhabitants were among the first in the world to deliberately transform the shape of their own skulls... 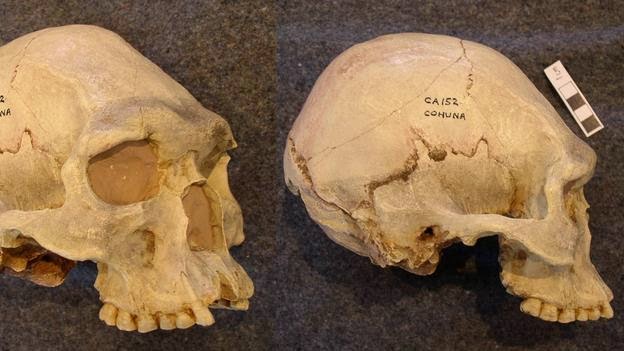 H. erectus had a wide skull and a small braincase, while the unusual Australian skulls are narrow and have large braincases, just like today’s humans do. This makes it highly unlikely that their flat foreheads were shaped by ancient H. erectus genes - and far more likely that they were actually sculpted by human hands...

The modern counterpart to this occurs when parents place babies on their backs to minimize the chances of SIDS:


Encouraging parents to routinely putting babies to sleep on their backs before their soft skulls harden led to a dramatic increase in cases of plagiocephaly, also known as flat head syndrome. A study published last year found almost half of a sample of 440 healthy young babies attending two clinics in Calgary, Canada, showed signs of it.