Exemplaria published a fascinating article in 1998.  Here's part of the abstract:


Shadowy as its source is now, there exists a medieval tale of theatrical representation that seems almost impossible to believe. It prompted a series of engaged electronic queries and communications on the PERFORM discussion group 1 and also (independently) a dose of skepticism from theorist Richard Schechner, who hastened to emphasize the vast ideological difference between imitation and reality.Did an on-stage execution really take place in 1549 in the city of Tournai or not?

According to somewhat questionable evidence about a biblical drama performed in Tournai, the “actor” playing Judith actually beheaded a convicted murderer who had briefly assumed the “role” of Holofernes long enough to be killed during the “play” to thunderous ap- plause. In his work on the history of French theater in Belgium, Frederic Faber scrupulously reconstructs the festive circumstances of this incident associated with the royal entry of Philip II. [see text image at top]

The source article is long (34 pages), and I can't even begin to do it justice with excerpts,  It addresses the (unsolved) question of whether this reported execution in a public theater was real, or legendary, or whether it was "staged."  Surprisingly (to me) medieval artists had the capacity to perform impressive "special effects" - 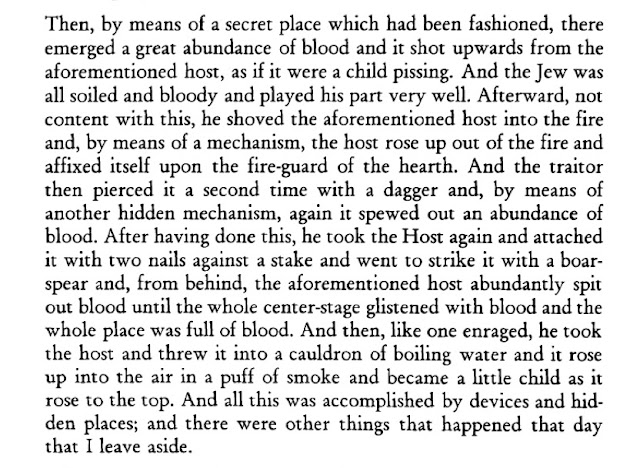