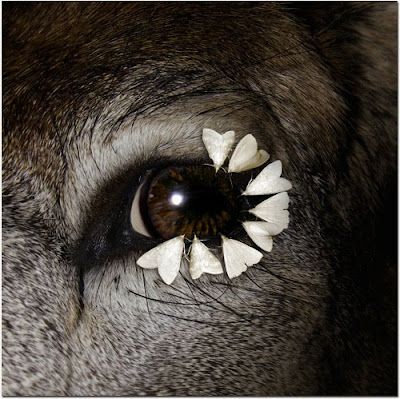 Tear-drinking moths have been known since at least 1928, when Time magazine reported the work of a scientist working in Argentina who observed nocturnal moths sucking the tears of horses. Similar reports have come from Southeast Asia (water buffalo tears) and from Madagascar (birds' tears).


"They prefer the tears of large hoofed mammals, elephants, and on occasion people, whose eyes will often be visited at night while asleep...

The highly specialized Lobocraspis griseifusa does not wait for an animal’s eyes to moisten. When it has landed, it sweeps its proboscis across the eye of its unfortunate host, irritating the eyeball, encouraging it to produce tears. It can even insert its proboscis between the eyelids, ensuring it can feed even while its host is sleeping. Whereas a moth of the genus Poncetia goes to the opposite extreme. It’s proboscis is so short it must cling to the eyeball itself to drink. But it must be careful. If its weeping host blinks, the moth is often crushed to death.”

Text from Matt Walker's Fish That Fake Orgasms and Other Zoological Curiosities, via Uncertain Times. Photo created by The Nonist.

BoingBoing has blogged an article from the Journal of the Kansas Entomological Society about bees that drink human tears.

Reposted from 2009 to add this photo of a caiman: 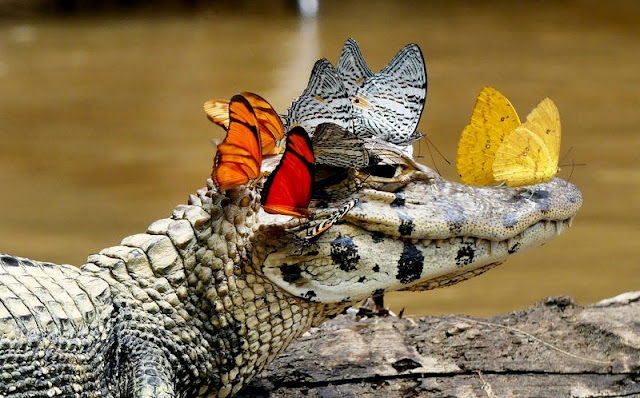