The danger of suction toilets 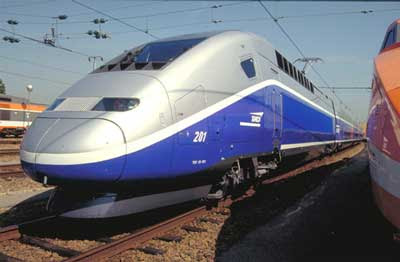 There are a variety of stories re the hazards of vacuum toilets or suction toilets. Some are urban legends, such as the one debunked by Mythbusters re an obese person becoming stuck to an airline toilet. Others have been validated in the medical literature, including an account of partial evisceration on a cruise ship toilet.

With that unpleasant introduction, we turn to an account of a man getting his hand stuck in the toilet of a TGV bullet train.

A man trapped his hand in the u-bend of a TGV toilet. Firefighters cut him free after his arm became lodged in the u-bend after he tried to retrieve his mobile phone.

"He came out on a stretcher, with his hand still jammed in the toilet bowl, which they had to saw clean off," said witness Benoit Gigou...

The service was delayed for two hours after the 26-year-old victim, hunting for his lost telephone, fell prey to the powerful suction system which drains the loos on board, the rail network's regional office said.

Full credit for text and image to Nothing To Do With Arbroath.