Bloemencorso Zundert is the largest flower parade in the world entirely made by volunteers. The parade takes place on the first Sunday of September. The floats are large artworks made of steel wire, cardboard, papier-mâché and flowers. In the Bloemencorso Zundert, only dahlias are used to decorate the objects and it takes thousands of them just to cover one float.

The huge floats are made by twenty different hamlets and each of them consists of hundreds of builders... A professional and independent jury decides which float is the most beautiful and which hamlet will be crowned the winner of that year.

There are more photos and videos at the festival's website, including this one - 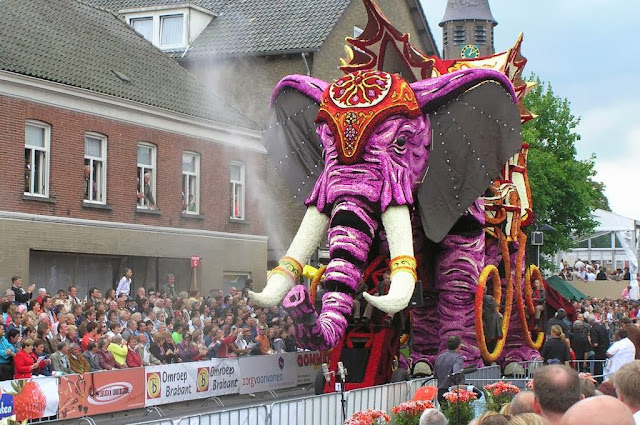 And I found this impressive one at the Wikipedia entry: 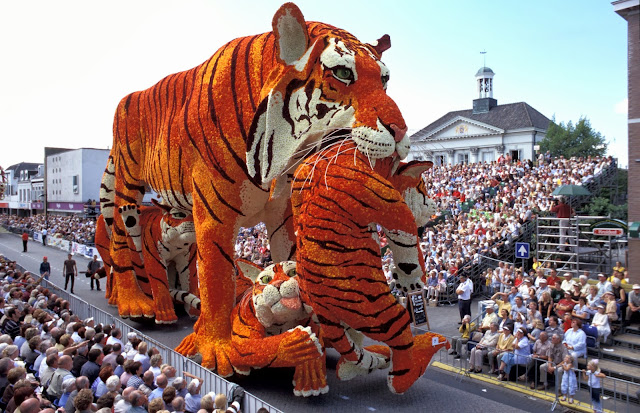 Wow.  And unlike many parades in America, these floats don't appear to be sponsored by corporations and designed to sell products.