The immense urban/rural divide in modern politics. And some interesting cannabis attitudes. 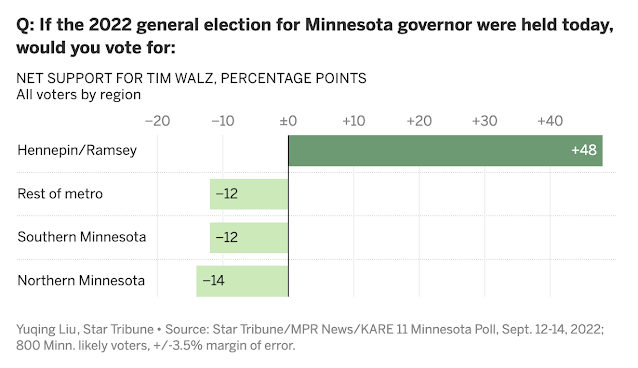 In 2018 I wrote a post for the blog entitled "Blue dot in a red state," illustrating how the metropolitan areas of Minnesota voted overwhelmingly blue (Democratic), while the rest of the state voted overwhelmingly red (Republican).  The phenomenon clearly exists nationwide.
This week the StarTribune reported the results of a statewide poll that covered a variety of topics, but most importantly the upcoming midterms.  I've embedded one salient chart at the top.  Hennepin and Ramsey counties comprise the bulk of the metropolitan Minneapolis/St. Paul area.  Tim Walz is the currently-seated Democratic governor.  His support is intense in the cities, but not in the rest of the state.
This is also interesting - and perhaps surprising: 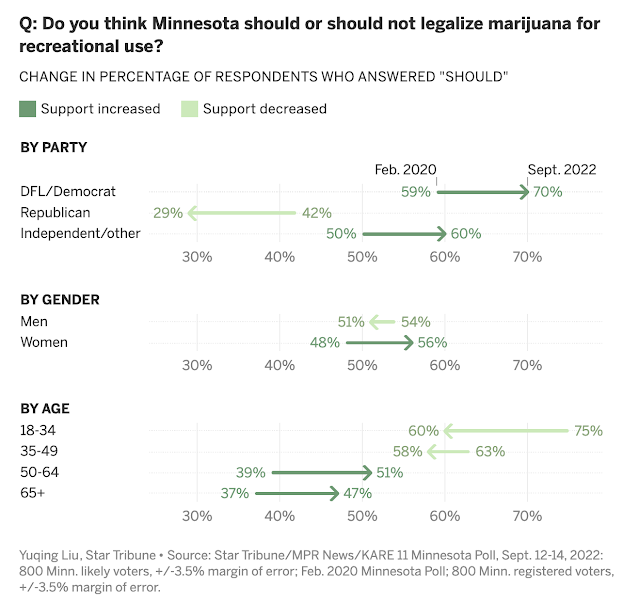