Evidence of a Grinch 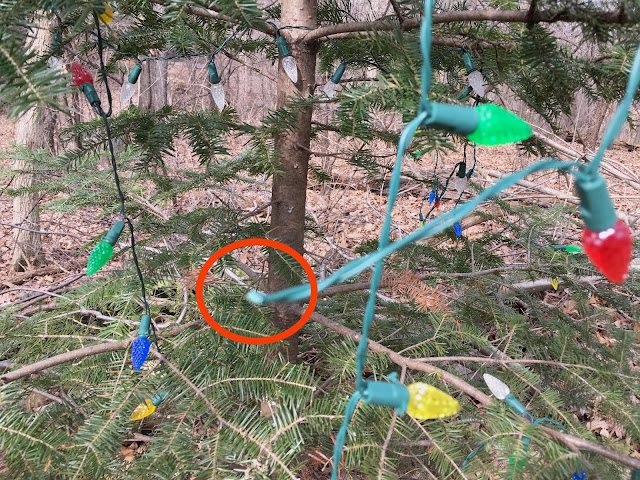 There is a woods behind my house.  Just for fun I decided to decorate one of the balsam firs with strings of solar-powered Christmas lights.  "For the critters."

It was quite pleasant in the dark nights of midwinter to look out the window and see a solitary tree deep in the woods all aglow with lights.

Then one of the strings went dark.  Later a second one as well.  I decided the snowpack had covered the solar collectors, but there was no way I was going to slog through the snow to correct a problem that would just recur.  So I waited for the snowmelt.

Imagine my surprise when I got out there in March to see a strand of lights severed (top photo).  Quite a clean cut, really, so that for a moment I wondered if some Grinchy human had taken a dislike to the display.  But then I found another strand, where the wires were twisted, and the cut was not as clean as a wire-cutter or scissors would accomplish: 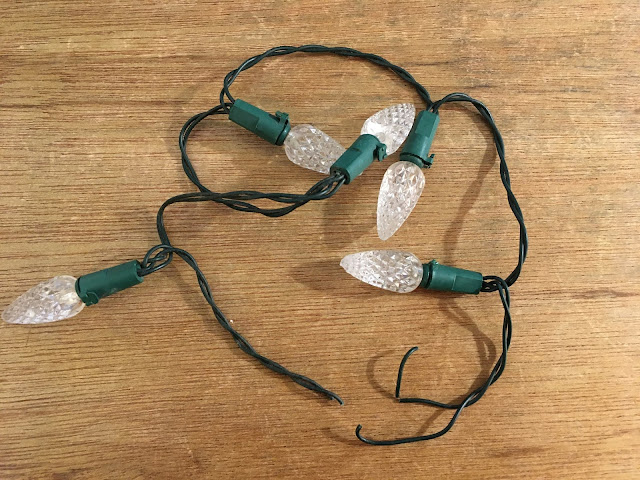 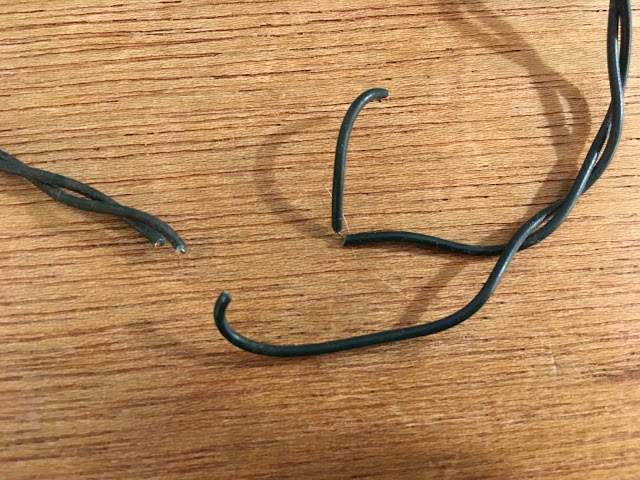 So my suspicions pivoted to the local rodents.  We have lots of chipmunks and grey squirrels, the latter the more active species in wintertime.

But it wasn't until I got started with my proper garden cleanup in April that I found beneath the leaf litter under the tree a bunch of bulbs that had been individually severed from the strings: 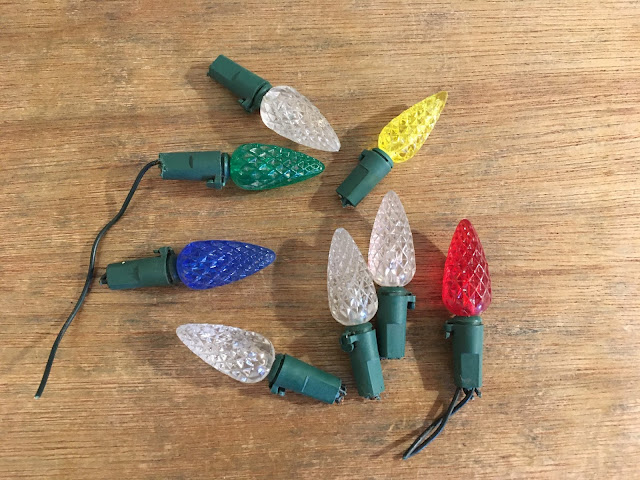 I'm a little puzzled.  I understand that urban rats are infamous for chewing through electrical cords and ducts in apartment and office buildings, and that this activity is attributed to their need to gnaw something with their ever-growing teeth.  I'm not sure if the same principle would apply here, or is it possible that the chewing is being done to extract some mineral/salt etc from the plastic-coated wiring??  The bulb bases don't appear to be gnawed, so that would suggest that the metal wire was the goal rather than the plastic.

I wonder whether any reader has had similar experience with Christmas lights or security lights.  All comments welcome.