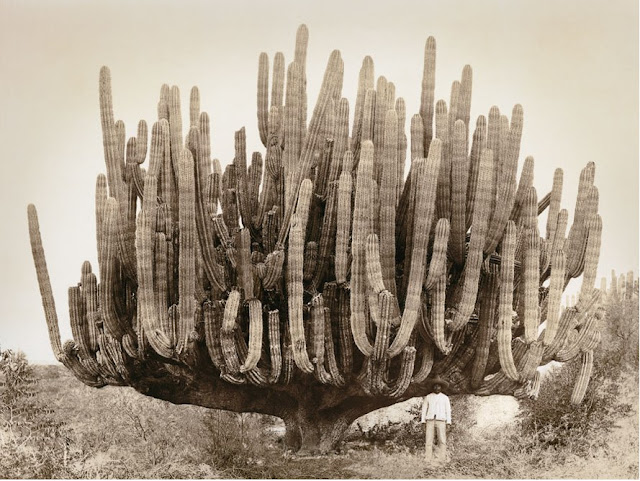 First I encountered this photo of an absolutely awesome cactus (at L'oeil ouvert, via).  The caption was in French, so I had to Google Translate it to find this info about the plant:


The French naturalist and historian Leon Diguet realized six scientific expeditions in Mexico between 1893 and 1913... With a few prints in the world, this picture offers a spectacular example of a species of cacti: the Giant Cardon, about 8 meters high and about 10 tons.

I still wondered if it could be a manipulated image, because these are famously-slow-growing plants - it's said to take up to 75 years to develop a single side arm.  Some take on unusual shapes; here is a cristate ("crested") crown - 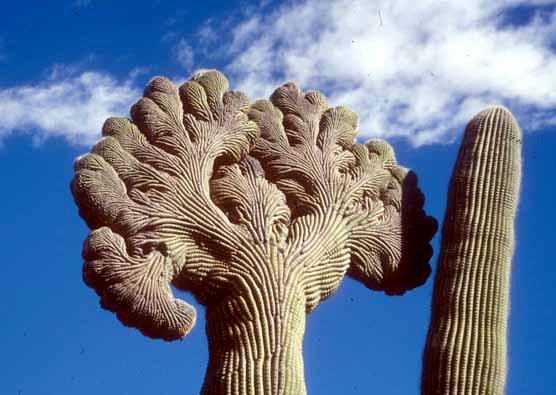 - a phenomenon that occurs secondary to "fasciation":


... a condition of plant growth in which the apical meristem, normally concentrated around a single point, producing approximately cylindrical tissue, becomes elongated perpendicularly to the direction of growth, producing flattened, ribbon-like, crested, or elaborately contorted tissue. The phenomenon may occur in the stem, root, fruit, or flower head.

Wikipedia illustrated the phenomenon with a photo of a wildflower: 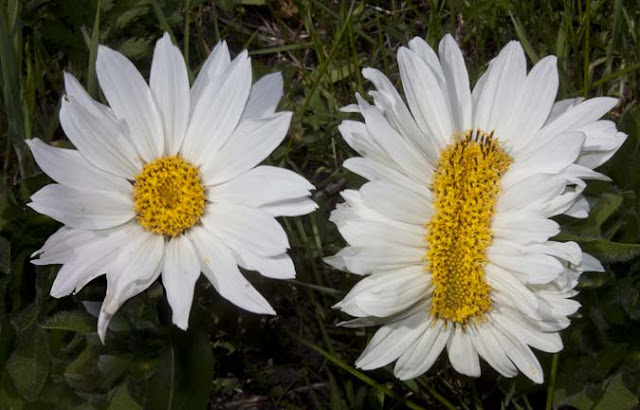 - and I suddenly realized that I had seen the same type of anomaly two summers ago while hiking, but had no idea what was going on - 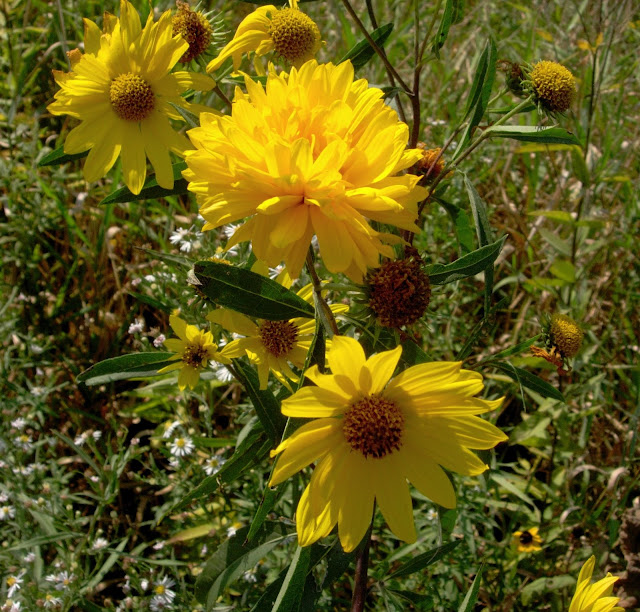 (I had assumed it was some kind of mutation, and made plans to return to the site later in the fall to collect seeds, but didn't have a chance to go).

But back to the cactus.  I remembered from old nature films that the major pollinators are bats:


There are a number of floral characteristics geared toward bat pollination: nocturnal opening of the flowers, nocturnal maturation of pollen, very rich nectar, position high above the ground, durable blooms that can withstand a bat's weight, and fragrance emitted at night. One additional evidence is that the amino acids in the pollen appear to help sustain lactation in bats...

- but one link also listed daytime pollinators as bees and... white-winged doves.  And, of course, I couldn't hear that without thinking of Stevie Nicks' Edge of Seventeen.  Until this moment I had always assumed that the "white-winged dove" in her lyrics was an imaginary creature (her lyrics sometimes tend to be rather mystical and obscure):


The clouds... never expect it... when it rains.
But the sea changes colours...
But the sea... does not change.

Re the genesis of this song, she was in Australia when she heard the news that John Lennon died.  She returned to Phoenix, where she was familiar with the white-winged dove.  While there she was present when her uncle John died at night, which prompted this part of the lyrics -


In a flood of tears
That no one really ever heard fall,
Oh I went searchin' for an answer...
Up the stairs... and down the hall
I did not find an answer... but I did hear the call
Of a nightbird... singing...
Come away... come now...

"The white-winged dove in the song is a spirit that is leaving a body, and I felt a great loss at how both Johns were taken..." She explains it all in this VH1 Storytellers segment, which is the best way to close this blog for the night.  The resolution isn't good for fullscreen, but you can still crank up the audio...  Enjoy.

Addendum:  For a contemporary photo of an immense cactus, see the link posted by HeavenlyJane in the comments.

Reposted from 2011 because I ran across those flowers at a new location and had to look up "fasciation" again.
Reposted from 2017 because the BBC has just posted a longread about the history and legacy of this song.

"... more than any other Stevie Nicks solo moment, Edge of Seventeen has entranced subsequent generations and helped to define the singer's standing as a rock icon: not just as member of Fleetwood Mac, but as an artist in her own right. It's a song that operates on several levels – at once an instant hit of rock drama and a heady meditation on death – and seems to yield something new every time you play it. Its distinctive 16th-note guitar riff – played by Waddy Wachtel, a legendary session musician who also worked with Cher and The Rolling Stones – remains electrifying every time you hear it...
When Tom Petty's wife Jane told Nicks that she and her husband met "at the age of 17", Nicks misheard her Southern accent and thought she'd said "at the edge of 17". In that instant, she realised that she had a brilliant song title."