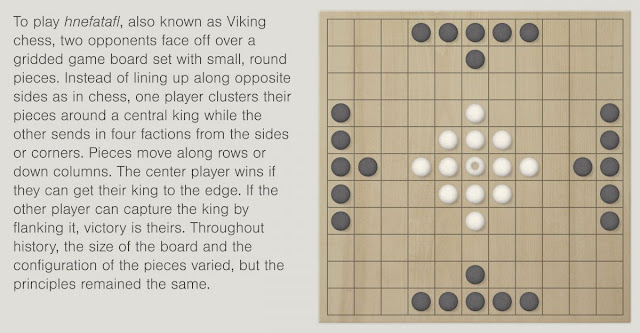 "In central and eastern Sweden from 550 to 793 CE, just before the Viking Age, members of the Vendel culture were known for their fondness for boat burials, their wars, and their deep abiding love of hnefatafl.

Also known as Viking chess, hnefatafl is a board game in which a centrally located king is attacked from all sides. The game wasn’t exclusive to the Vendels—people across northern Europe faced off over the gridded board from at least 400 BCE until the 18th century. But during the Vendel period, love for the game was so great that some people literally took it to their graves. Now, a new analysis of some hnefatafl game pieces unearthed in Vendel burial sites offers unexpected insight into the possible emergence of industrial whaling in northern Europe.

For most of the game’s history, its small, pebble-like pieces were made of stone, antler, or bone from animals such as reindeer. But later, starting in the sixth century CE, Vendels across Sweden and the Åland Islands were buried with game pieces made of whale bone [image below, cropped for size].

The rest of the story is at Hakai magazine.

Addendum:  A tip of the blogging hat to a reader who has posted a link where you can play this game online. 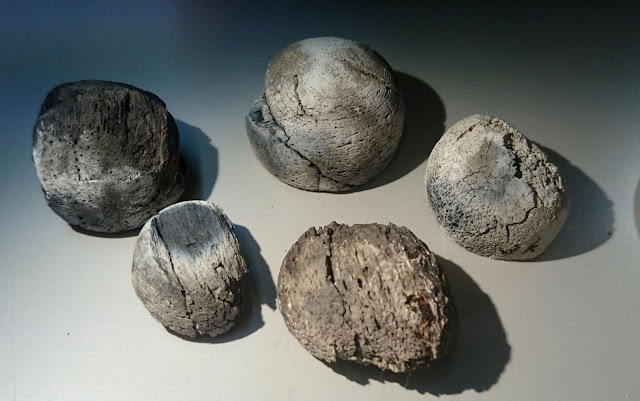