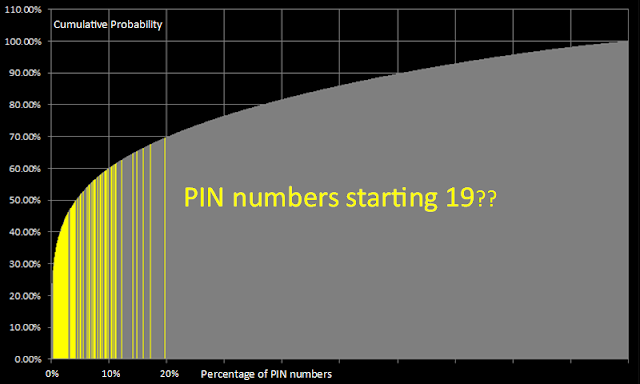 
I was able to find almost 3.4 million four digit passwords. Every single one of the of the 10,000 combinations of digits from 0000 through to 9999 were represented in the dataset. The most popular password is 1234 - it’s staggering how popular this password appears to be. Utterly staggering at the lack of imagination - nearly 11% of the 3.4 million passwords are 1234 !!!

The first “puzzling” password I encountered was 2580 in position #22. What is the significance of these digits? Why should so many people select this code to make it appear so high up the list?

The answer to that last query is at the link, along with much more info.

Email ThisBlogThis!Share to TwitterShare to FacebookShare to Pinterest
Labels: mathematics