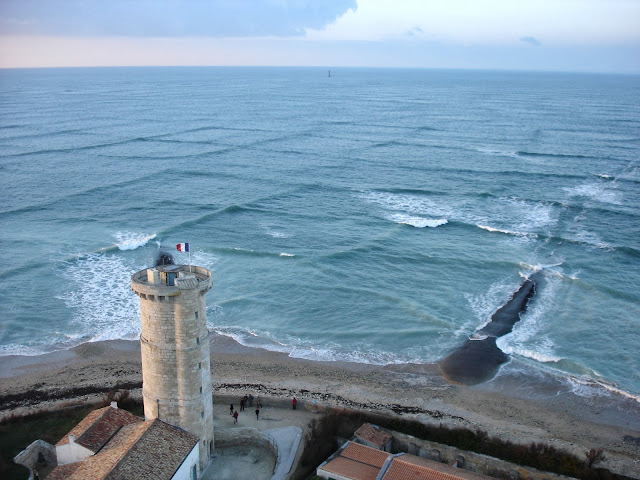 "In surface navigation, a cross sea is a sea state with two wave systems traveling at oblique angles. This may occur when water waves from one weather system continue despite a shift in wind. Waves generated by the new wind run at an angle to the old, creating a shifting, dangerous pattern. Until the older waves have dissipated, they create a sea hazard among the most perilous."

A cross swell is generated when the wave systems are longer period swell, rather than short period wind generated waves

Amazing.  I didn't even know this could happen.  You learn something every day.

Text and image from Wikipedia, via The Soul is Bone.

Addendum: Reposted from December 2013 to add this video sent in by reader Dominique:

The video provides a brief tour of Ile de Re, the tip of which is shown in the photo at the top. I tried to set up the video to start about midway, to focus on the enormous tidal fish trap constructed there but it didn't work, so you can skip to about the 3:45 mark to see the relevant portion.

I have seen other weirs and fish traps over the years, but never one as massive as this.  After watching the video I went to Google Maps and was pleased to see that the structure is visible in the satellite view: 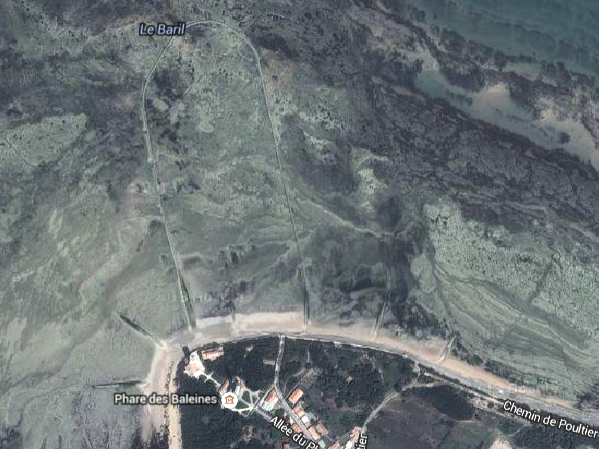 It extends out from the lighthouse and the beach (light brown in the satellite image); the scale can be appreciated by comparing it with the buildings at the bottom.

There is more information here.  And here.  Apparently the structure (or its earliest incarnation) dates to about the 14th century.  Amazing.