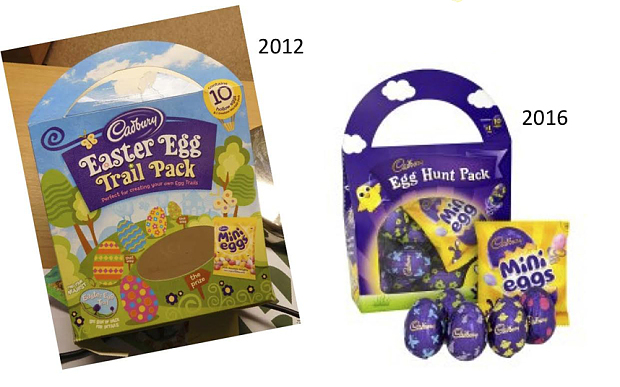 The Telegraph reports that the word "Easter" has been quietly deleted from the names of certain chocolate eggs...

Growing numbers of chocolate eggs are on sale in the UK without any mention of the word “Easter” on the front of the packaging.

Many of Britain’s best known brands have quietly dropped the name of the Christian festival from their main branding, now selling Easter products labelled simply as “chocolate egg” or even “egg”, it has been claimed.

The allegation was highlighted by the makers of the “Real Easter Egg”, a fair trade chocolate product which carries a Christian message instead of pictures of bunnies and chicks and donates its profits to charity.

The Meaningful Chocolate Company, based in Manchester, was set up six years ago in an attempt to reintroduce Easter eggs with references to the Easter story and Advent calendars featuring nativity scenes to the mainstream market.

But since then, according to the company’s founder David Marshall, the secularising trend has been gone further, with many products now seemingly dropping references to Easter from the title altogether.

I have difficulty getting a grasp of the theological arguments of Christians who protest the non-use of "Easter" on candy.