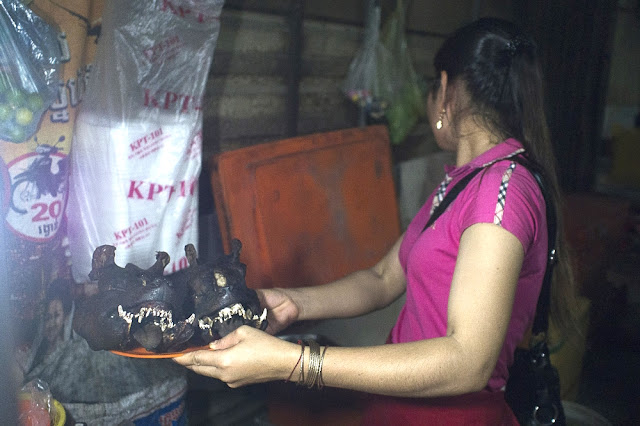 The Munchies column at Vice reports on the increasing consumption of dog meat in Cambodia:


Until recently, eating dog had never been a big thing in Cambodia in the way that it is in other East Asian countries like Vietnam, China and Korea. Now, however, more and more Cambodians appear to crave this controversial meat...

"It’s become very popular, especially here in Phnom Penh" says Pheakadey, who owns one of the alley’s dog joints. ”It’s very delicious, and it also has some medicinal qualities. It’s good for the man’s virility.”

One can't help but notice the similarity with the use of rhino or tiger derivatives for "virility."


Along with the Cambodian appetite for dogs, a black market of stolen pets and street dogs has emerged.  "We buy some of our dogs from the dog thieves” Pheakadey admits. ”Every day we have people bring us stolen dogs.”

Trigger warning: if you love dogs, don't go to the source article to read about how the dogs are captured and killed.