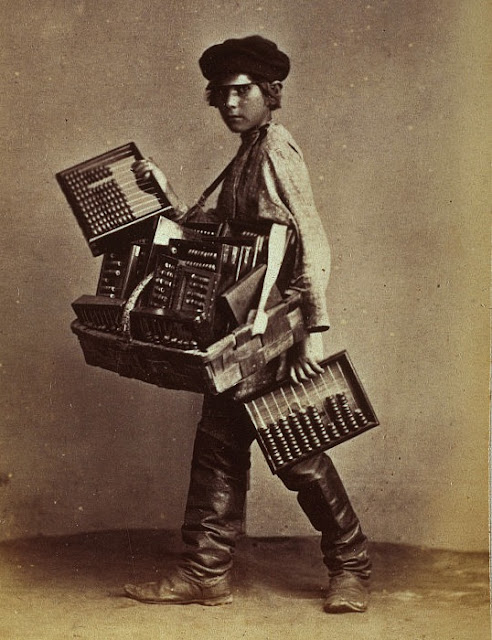 Minimally cropped from an 1860s photo by William Carrick, in the collection National Galleries of Scotland.


As in other European capitals, portrait photography in St Petersburg was a fiercely competitive business; more difficult still for the absence of a large Russian middle class, a comparative lack of sunlight and the high cost of materials. To boost the income of his St Petersburg studio, Carrick conceived of the idea of a series of 'Russian types', produced for the tourist market in the form of small cartes de visite. These photographs, largely of street vendors, helped satisfy the curiosity of the public about the character of Russia's itinerant peasants.