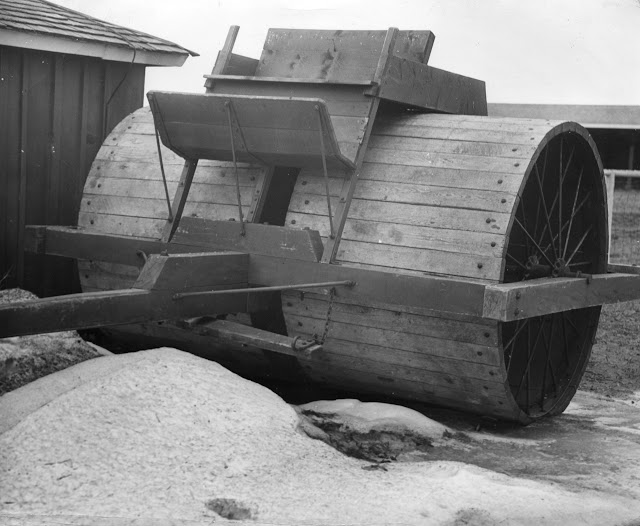 "For more than half a century snow rollers were used in Vermont to pack down snow on country roads rather than plowing it off."

Interesting.  From the blog of the Hennepin County Library.  [see discussion in the Comments below]

Reposted from 2012 to make note of a quite different use of the term "snow roller": 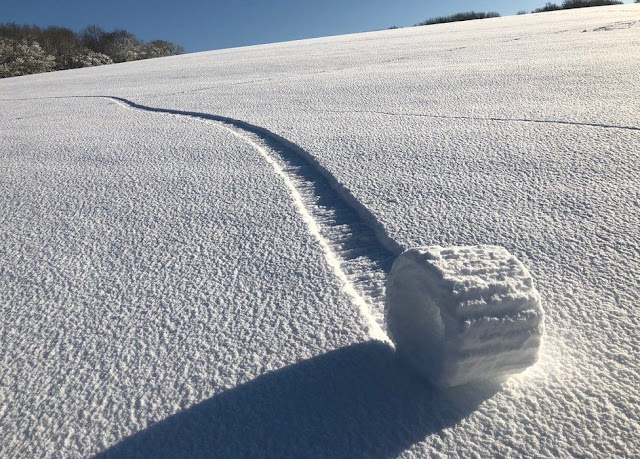 Six rare "snow rollers" were spotted by Brian Bayliss in Wiltshire.  He said he spotted them in a field he owns and at first thought they had been manmade but there were no footprints.

It is thought the bales are formed when wind conditions are ideal to blow chunks of snow along, picking up more snow along the way.

"A layer of thin snow, settled atop existing ice and not sticking to it, combined with specific temperature, moisture level and wind speed, are fundamental to the creation of these natural oddities."

This is not a new phenomenon, but the photos at the BBC are some of the best I've ever seen.

Also interesting to see the word "bale" applied to snow.  I don't know that I've seen it used for anything other than hay, but the usage is quite appropriate:


"large bundle or package of merchandise prepared for transportation," early 14c., from Old French bale "rolled-up bundle" (13c., Modern French balle), from Frankish or some other Germanic source (such as Old High German balla "ball"), from Proto-Germanic *ball-, from PIE root *bhel- (2) "to blow, swell." The English word perhaps is via Flemish or Dutch, which got it from French.

Addendum:  Photo of a snow roller convention in Washington State (image cropped and improved from the via): 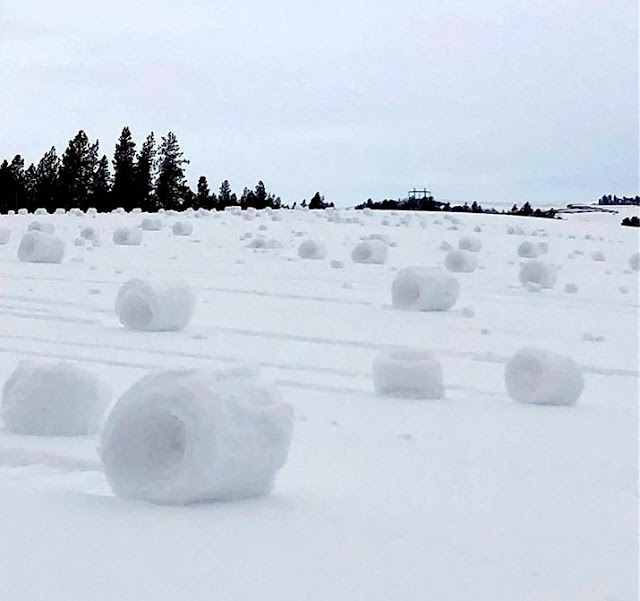