It's perfectly ok to feed candy to cows 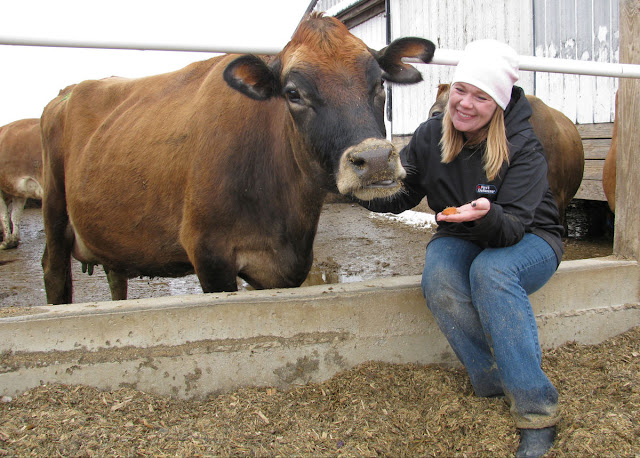 In the news this past week was a report that a truck spilled hundreds of thousands of Skittles on a rural road in Wisconsin, and that before the accident occurred the candy was destined to be used as cattle feed.

Today a report in the Wisconsin State Journal explains that such practice is perfectly o.k.:


As a dairy farmer and a dairy cattle nutritionist, Laura Daniels felt she had to speak up after a report that went viral focused on why mislabeled Skittles that had spilled from a truck on a Wisconsin country road 12 days ago were heading to a dairy farm to be used as animal feed...

“As a parent I understand the concern for sugar, it’s just that ruminant animals are totally different than humans. The same logic can’t be applied.”..

In the past when corn prices were high, farmers used the candy and sugary foods as a substitute, but today they are used mostly as a supplement, said Randy Shaver, a professor and dairy nutritionist at UW-Madison and UW Extension. Sugary foods typically account for about 2 percent of a cow’s diet, he said...

The Skittle spill was discovered by a Dodge County sheriff’s deputy on a road south of Beaver Dam on Jan. 18. The Sheriff’s Office said the candies, which were missing the “S,” fell off a truck en route to a farm it did not name.

The candies were discarded because they were not completed due to a power outage at the Illinois factory, according to Mars Inc. spokeswoman Michelle Green. Such products that don’t pass muster are sold to a third party that can sell it for animal feed, Green said...

Daniels’ farm used gummy candies from a Minnesota supplier as energy supplements until about four years ago. Most of them were miscolored gummy sharks and gummy worms or a gummy bear that was missing a leg, Daniels said.

“They say you can’t put them in the containers and send them to stores because the children would get upset,” she said. “But I have to laugh at that because what’s the first thing kids do when they get a gummy bear? They bite off the heads and the legs.”

Much more at the Wisconsin State Journal.  Quite interesting.