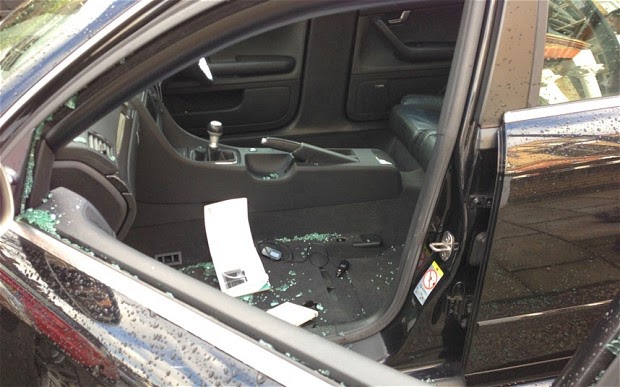 Malefactors are stealing seats from Audis.  Not the car - just the driver's seat.


The so-called B7 version of Audi's practical supercar was sold between 2006 and 2008 and although the V8-powered machine is still highly desirable and worth upwards of £30,000, Audi doesn't make the seats any more.

So they have to be imported in parts and according to mechanic Daniel Parsons at Five Oaks Audi, who had painstakingly done just that for Smith, it takes in excess of 20 hours at £132 an hour...

But who on earth are these seats being stolen for? Audi only sold about 2,000 of the cars in those two years and the race-inspired, leather-skinned bucket seats are hard-wearing enough not to need replacing.

The answer could lie in a new modification fashion, according to one expert. "There's a type of styling trend called OEM-plus where you use original equipment parts but from a superior car like a Bentley, Porsche or Audi," says Elliott Roberts, editor of Performance VW magazine. "You see Audi TT dashboards in Golfs and all sorts of stuff."

More at The Telegraph.