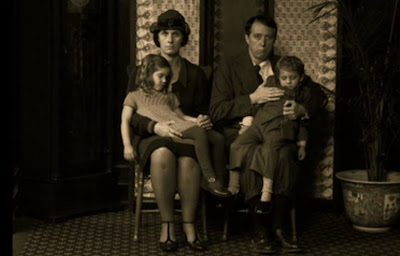 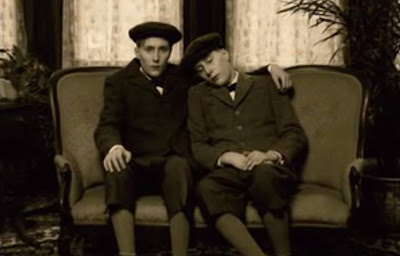 Taking photographs of dead family members became popular in the 19th century, and appealed to those who wanted a memento of their relative (typically a child). It was not considered macabre, but faded from popularity probably after widespread use of affordable cameras allowed people to have photographs taken during life to serve the same purpose.

"As the common practice of post-mortem photography in North America and Western Europe has largely ceased, the portrayal of such images has become increasing seen as vulgar, sensationalistic and taboo. This is in marked contrast to the rather beautiful and sensitive presentation of its origins and may represent a cultural shift and wider social discomfort with death..."

Pix above found at Mr. Fox, via ofellabuta.