Clara Bow displays the swastika as a good-luck symbol 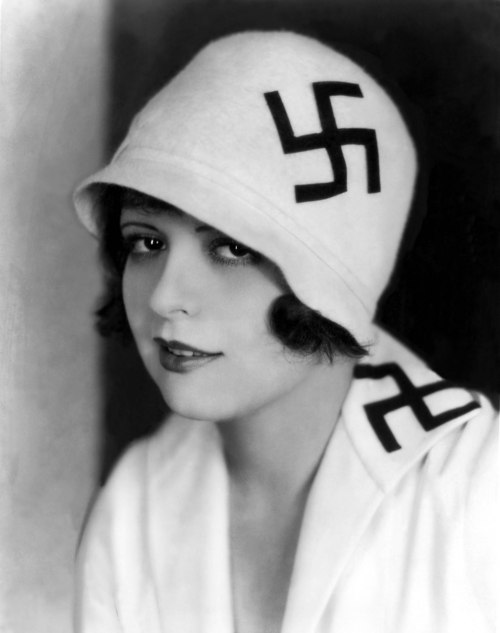 Many years ago, while riding the MTA in Boston or public transport in Philadelphia, I looked out of a window and saw a swastika in the stonework at the top of an old building. I was reminded of that this weekend, when I encountered the above photo at the curiously-named It'll Take The Snap Out Of Your Garters (via Retrolife).

For Clara Bow and others of her generation, the swastika was a good-luck symbol that only fell out of public favor when it was co-opted by the Nazis several decades later. More details at Wiki. Some variants of the symbol, shown below, from Socyberty. 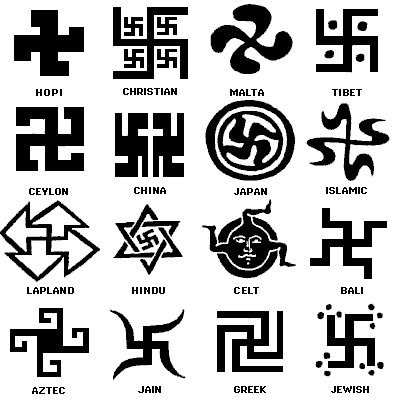