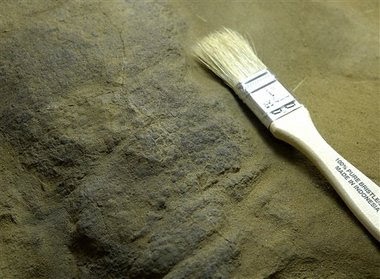 Researchers in Bismarck, North Dakota, are working on a specimen of a duckbill dinosaur (an Edmontosaurus (!) - had to Wiki that, found it was so named because of an original discovery near Edmonton Alberta) which has remarkably preserved skin. Apparently immediately after death the creature was mummified (by aridity/cold?) and then fossilized in fine-grained sediments that faithfully recorded the texture of its skin.