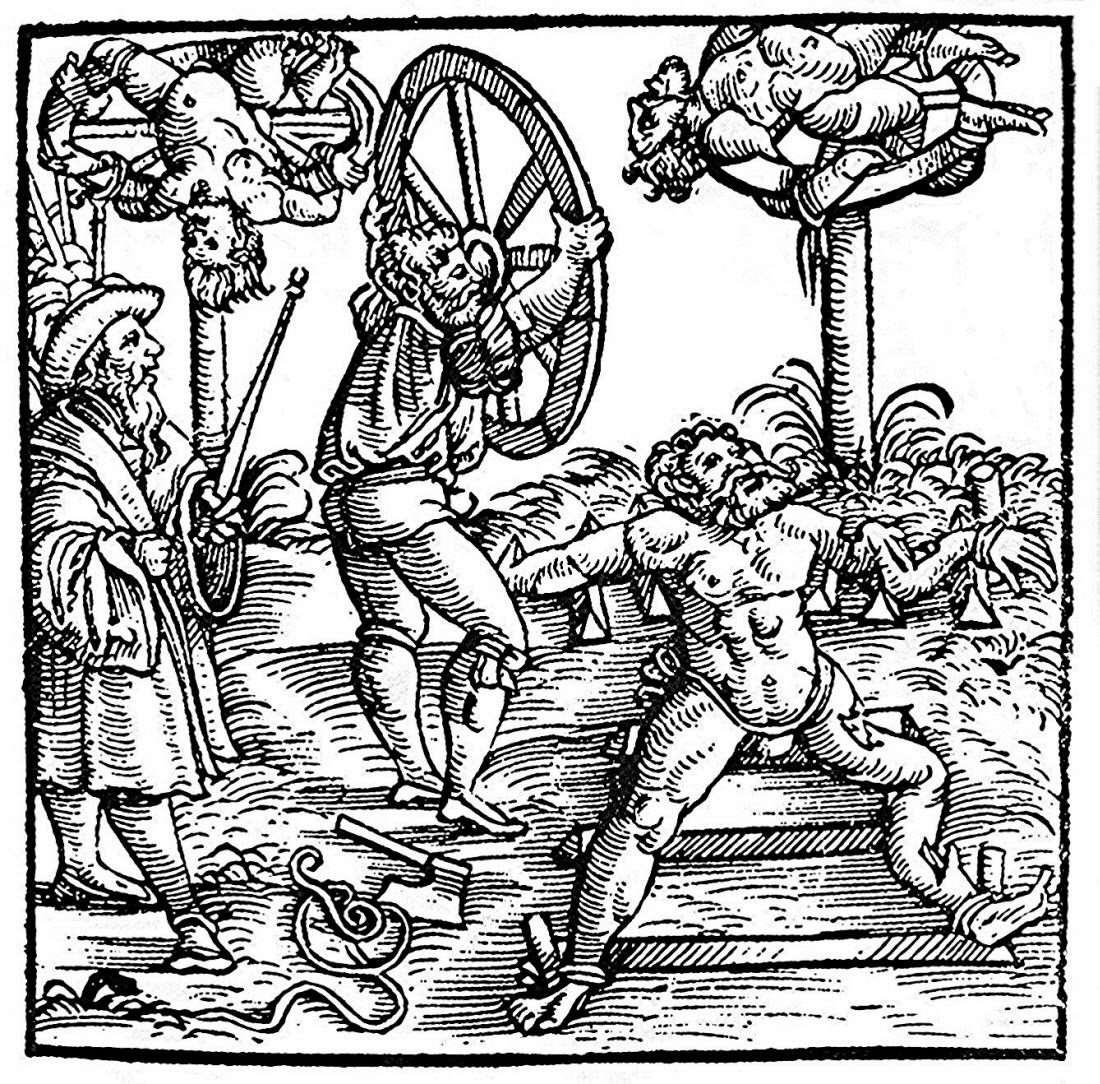 Earlier this week I mentioned that "rabies is near the bottom of my list of preferred ways to die."  Here's something that ranks even lower.

Last October, archaeologists surveying the site of planned road work on federal highway 189 in Groß Pankow, Brandenburg, Germany, unearthed human remains... Further examination revealed the deceased was a man in his mid to late 30s who had been executed on the wheel. His bones are in more than a thousand pieces. This is the first time a skeleton of someone broken on the wheel has been found in Germany, even though judicial execution by wheel was employed in the Holy Roman Empire from the Middle Ages to the 19th century...

Death by wheel was usually a two-stage process. First a large spoked wagon wheel would be slammed onto the large bones of the arms and legs, breaking them in two places each. Then the wheel would strike the spine, breaking it. With the body’s skeletal structure in pieces, the condemned was then tied to the wheel, his limbs woven in and out of the spokes. Finally the wheel was raised on a pike and planted into the ground...

Further details at The History Blog.