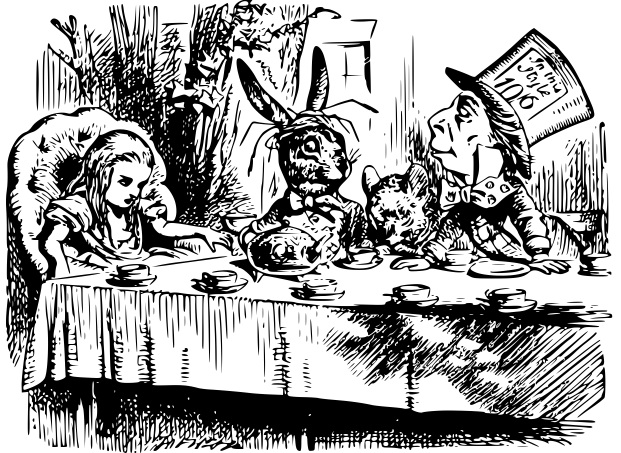 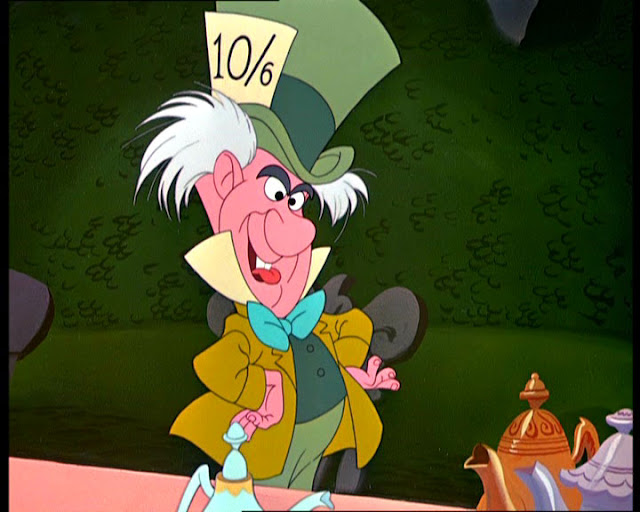 
Mad Hatter Day is 10/6. The date was chosen from the illustrations by John Tenniel in Alice's Adventures in Wonderland, wherein the Mad Hatter is always seen wearing a hat bearing a slip of paper with the notation "In this style 10/6". We take this as inspiration to behave in the style of the Mad Hatter on 10/6 (which is October 6 here, although in Britain Mad  Hatter Day occurs on June 10...but I digress...)

Mad Hatter Day began in Boulder, CO, in 1986, among some computer folk who had nothing better to do. It was immediately recognized as valuable because they caused less damage than if they'd been doing their jobs.

As I searched this topic on the 'net today, it was interesting to see how many observers misinterpret the 10/6 on his hat as being either a style number ("The Mad Hatter’s top hat, according to Lewis Carroll, was of the 10/6 style") or worse ("my birthdate (10/6) is on his hat although I think that is his hat size!"). The correct interpretation, of course, is that "the paper in the Mad Hatter's Hat was really an order to make a hat in the style shown, to cost ten shillings sixpence."