This is a crinkle crankle wall - updated 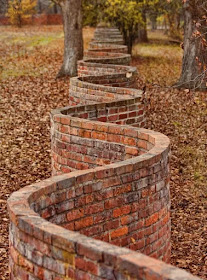 "A crinkle crankle wall, also known as a crinkum crankum, serpentine, ribbon or wavy wall, is an unusual type of garden wall built in a serpentine pattern with alternating curves.

The crinkle crankle wall economizes on bricks, despite its sinuous configuration, because it can be made just one brick thin. If a wall this thin were to be made in a straight line, without buttresses, it would easily topple over. The alternate convex and concave curves in the wall provide stability and help it to resist lateral forces.

"Crinkle crankle" is an ablaut reduplication, defined as something with bends and turns, first attested in 1598 (though "crinkle" and "crankle" have somewhat longer histories). However, it was not until the 18th century that the term began to be applied to wavy walls. At that time these garden walls were usually aligned east-west, so that one side faced south to catch the warming sun and were historically used for growing fruit...

Thomas Jefferson (1743–1826) incorporated so-called serpentine walls into the architecture of the University of Virginia, which he founded. Flanking both sides of its landmark rotunda and extending down the length of the lawn are ten pavilions, each with its own walled garden separated by crinkle crankle walls. Although some authorities claim Jefferson invented this design, he was merely adapting a well-established English style of construction. A university document in his own hand shows how he calculated the savings and combined aesthetics with utility." [below, via] 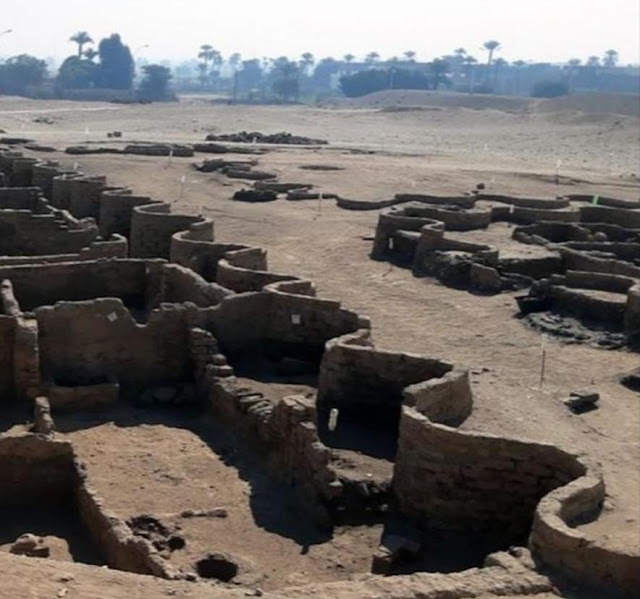 Another image of ancient Egyptian walls: 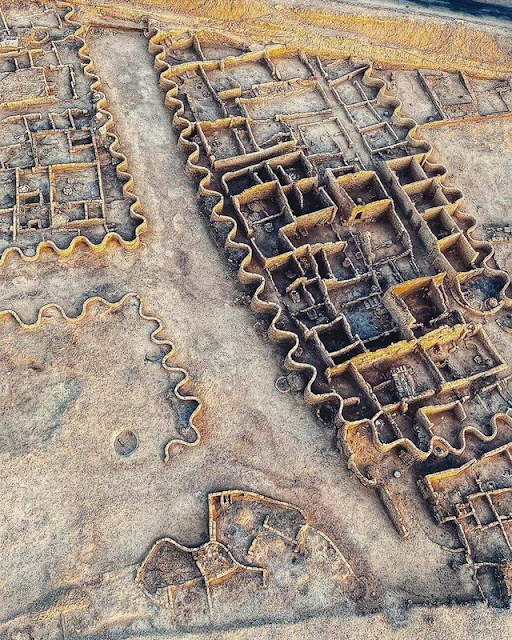 And this is a Dutch Slingermuur: 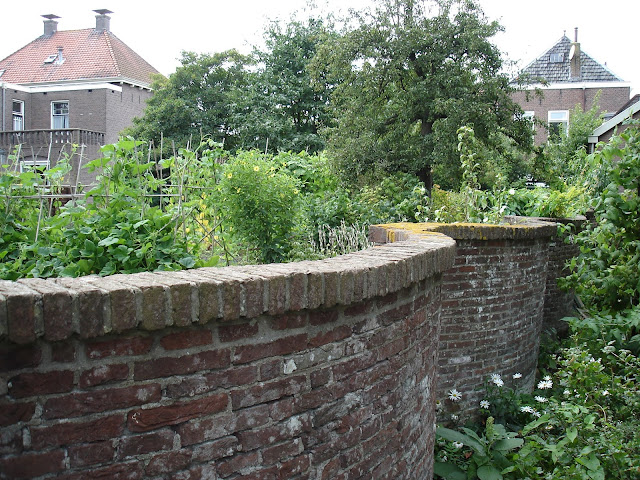