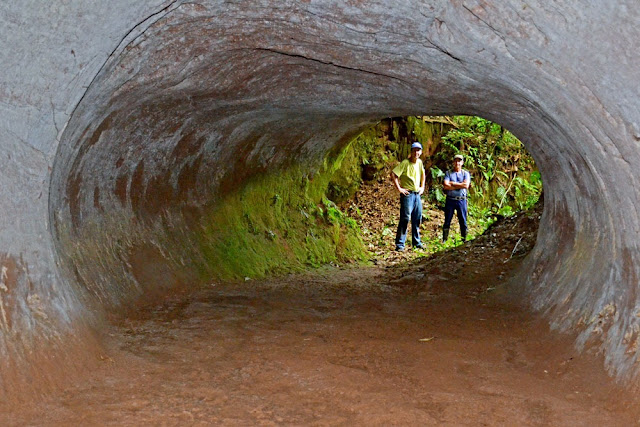 
Across northern South America, there are hundreds of colossal tunnels large enough for humans to walk through... Geologists call these tunnels “paleoburrow,” and they are believed to have been dug by an extinct species of giant ground sloth... The largest [paleoburrow] measured 2,000 feet long, six feet tall and three to five feet wide. An estimated 4,000 metric tons of dirt and rock were dug out of the hillside to create the burrow. It was evidently the work of not one or two individuals but several generations.

“There’s no geological process in the world that produces long tunnels with a circular or elliptical cross-section, which branch and rise and fall, with claw marks on the walls,” says Frank. “I’ve [also] seen dozens of caves that have inorganic origins, and in these cases, it’s very clear that digging animals had no role in their creation.”

Frank believes the biggest burrows – measuring up to five feet in diameter – were dug by ground sloths. He and his colleagues consider as possibilities several genera that once lived in South America and whose fossil remains suggest adaptation for serious digging: Catonyx, Glossotherium and the massive, several-ton Lestodon. Others believe that extinct armadillos such as Pampatherium, Holmesina or Propraopus, though smaller than the sloths, were responsible for even the largest burrows.